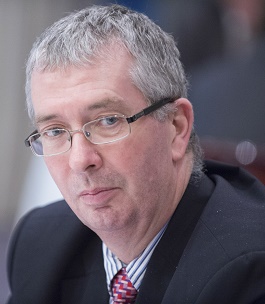 “Peter Johnson graduated in Metallurgy and Science of Materials from Trinity College, Oxford in 1981. He trained as a Chartered Accountant with Arthur Andersen and Company, becoming a member of the Institute of Chartered Accountants in England and Wales in 1986 (ICAEW) and a Fellow in 1996. ”

From 1987 to 1994 he was with the Bermuda office of KPMG latterly as a Senior Manager. Having moved to Ireland in 1994 he became a founding Partner of Hyland Johnson Murray, Chartered Accountants and Business Advisers and a founding Director of James Hyland and Company, Forensic Accountants. Following a merger in 2009, he is now a Partner in Hyland Johnson Keane, Accountants and Registered Auditors. His professional experience as a Chartered Accountant includes audits of companies of all sizes in a wide variety of industries; advising businesses; taxation of individuals and companies.

As a Forensic Accountant, Mr. Johnson has prepared numerous Expert Witness Reports on behalf of both Plaintiffs and Defendants, given evidence in court, written articles and lectured on Forensic Accounting in Ireland since 1994. His experience covers personal injury and loss of earnings or profits; family law; commercial litigation and consequential loss; fraud investigations; tribunals of investigation and shareholder and partnership disputes. He has been an external examiner for the Diploma in Forensic Accounting offered by Chartered Accountants Ireland since it was established in 2008.

Mr. Johnson is also a member of the following Professional bodies: Chartered Accountants Ireland (Fellow in 2005); The Institute of Taxation in Ireland (Chartered Tax Adviser); The Association of Certified Fraud Examiners; The Expert Witness Institute 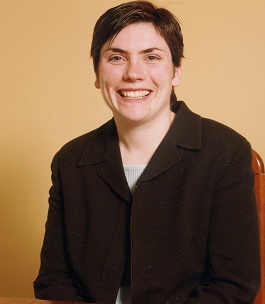 “Sarah Kearns obtained an honours degree in Business Studies from the University of Limerick in 1992, having specialised in Accounting and Finance. Sarah qualified as a Chartered Accountant in 1995. ”

She is a Fellow of Chartered Accountants Ireland and an Associate with the Institute of Taxation of Ireland.

In 1997 she joined James Hyland and Company as a Manager. She has extensive experience preparing Expert Witness Reports for both Plaintiffs and Defendants and has given evidence in Court and at Tribunals. “Jim Hyland obtained a First Class Honours Degree in Commerce at University College Cork after which he undertook post-graduate studies at University of Chicago Graduate School of Business. ”